The Island of Grump

Kenny Lamb takes readers to an unexpected island—a place somewhere between Seuss and Silverstein. There, children will discover for themselves the down-sides of being grumpy, laughing knowingly at much of what they see along the way.

“The Island of Grump is a far-away place, where no one is happy – not ONE smile per face.”

Pity the poor boy who finds himself on the Island of Grump in this rhythmic and rhyming cautionary tale. It is a sad place indeed with no sunlight, no starlight, no fun, and no friends. And what’s worse—there’s no way out!

With its hilarious pictures and clever words, no reader will be able to resist the appeal of the story, nor will they miss its truth. Kenny Lamb’s text can practically be sung, and Jon Buckner’s cartoon illustrations will hold readers on every page— capturing the growing grumpiness of the place and the “I’ve felt that” emotions of the star character.

Kenny Lamb is an award winning, multi-platinum songwriter and producer with credits in many genres of music, including the #1 spot on 8 different Billboard charts and BMI Song of the Year. During his career, Kenny has worked and collaborated with many of the top artists in the industry, including Justin Timberlake, Rhett Akins, Little Big Town, Jason Aldean, and many more. His lyrics have reached millions of young listeners worldwide, with songs recorded by ‘N Sync, Take 5, Aaron Carter, Prymary Colorz, Boyz N Girlz, and the popular Kids Hits series.

Jon Buckner is a creative on a mission, a mission to make things around him more interesting, more vibrant, and more fun. Jon is a professional graphic designer, photographer, and illustrator, a native of Georgia, now residing in beautiful Northwest Arkansas, where he enjoys all of the rugged adventure that The Natural State has to offer. Jon has two little girls and enjoys spending as much time as he can with his family, a constant source of inspiration and drive. If you can’t find him working in his sketchbook, you might be able to find Jon lost somewhere in the Ozarks. 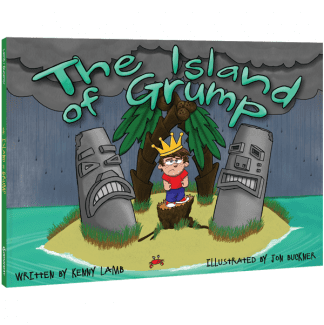