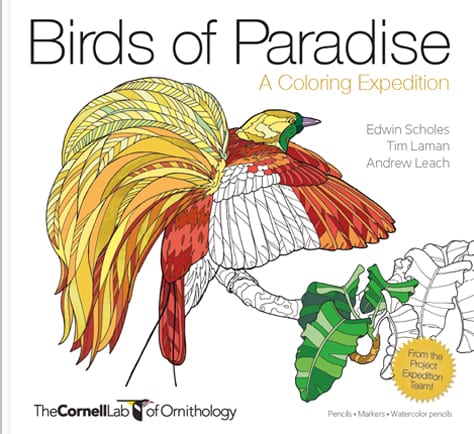 Download any of the 8 pages below to color from our new book: BIRDS OF PARADISE (A Coloring Expedition) 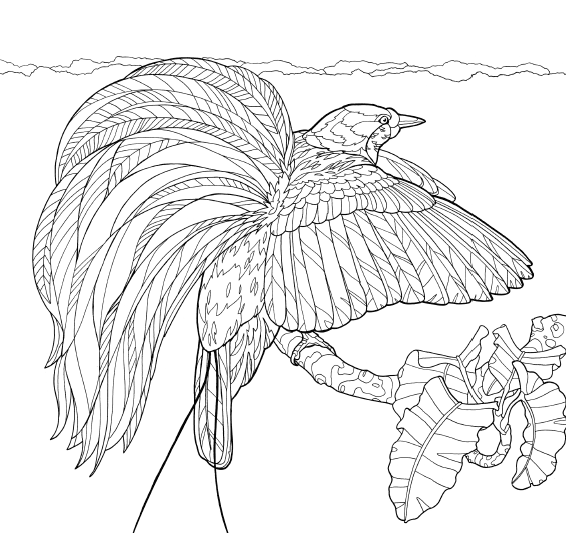 With the yellow plumes from his flanks cascading over his back in an explosion of color, the male Greater Bird-of-Paradise shows why his feathers have been treasured by plume hunters for centuries. 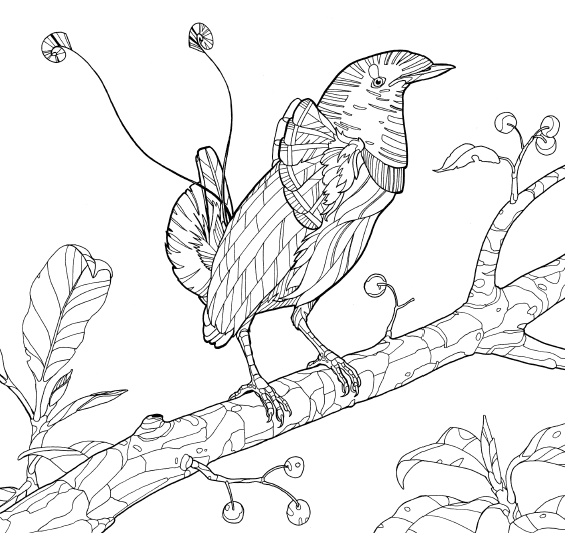 The male King Bird-of-Paradise is one of the smallest birds-of-paradise, but what he lacks in size he makes up for in color. 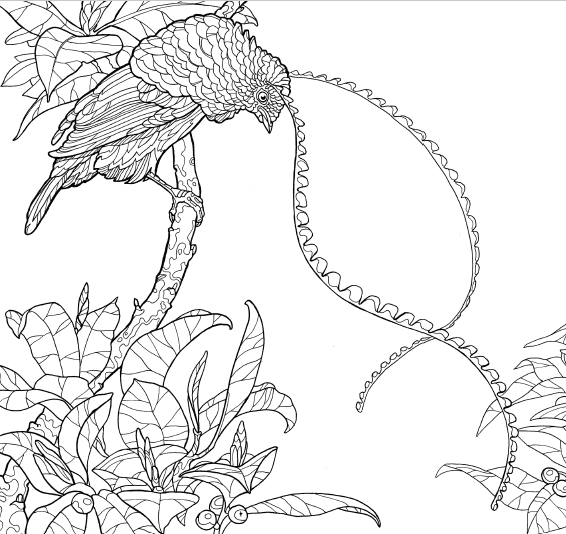 With two antenna-like plumes sprouting from his head, the male King of Saxony Bird-of-Paradise is a feathered wonder. 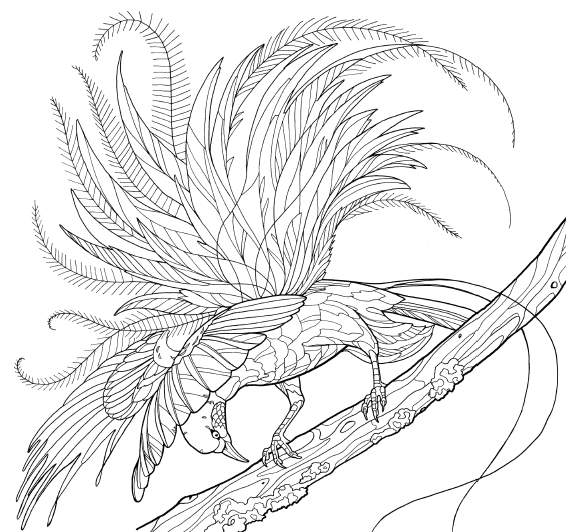 Performing the “flower pose,” the male Raggiana Bird-of-Paradise turns away from the female with his head downward so that the plumes from his flanks fall like flower petals over his back.

As daylight breaks, sunlight reaches the leafy canopy of a towering forest tree. A male Red Bird-of-Paradise turns his body, wings open, to face downward from a bare branch. 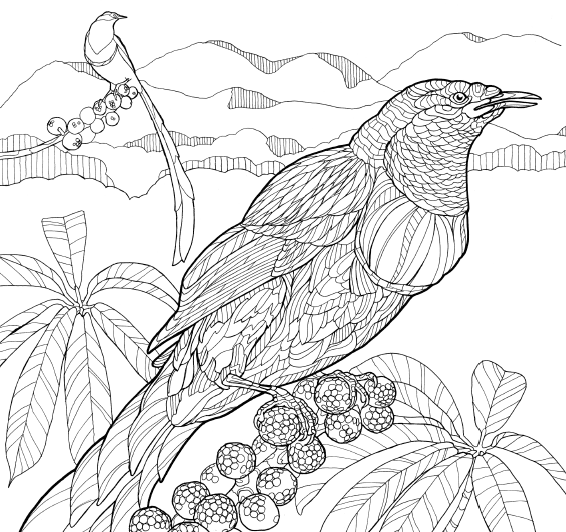 Probing a cluster of schefflera fruits, the male Stephanie’s Astrapia pries individual fruits free and tosses them down his throat. 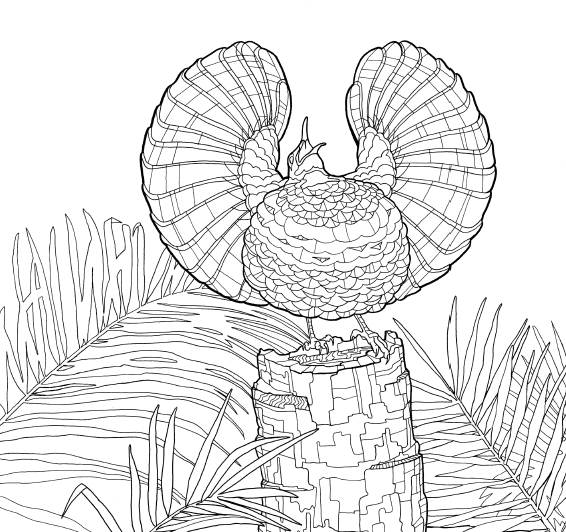 His blunt-tipped wing feathers unfurled, the male Victoria’s Riflebird reveals how female mating preferences have altered wing shape to form an ornament at the expense of aerodynamics. 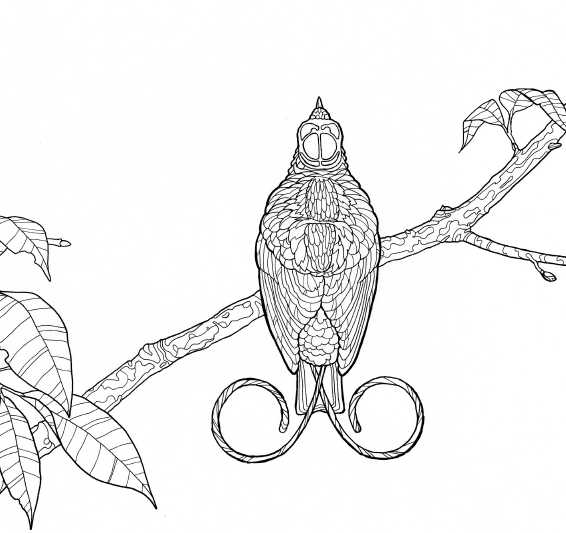 He may be small, but the male Wilson’s Bird-of-Paradise is striking and colorful. They are the embodiment of ornamental extremes, with curled tail feathers and a skullcap of bare blue skin.