Gilbert & The Search For The Lost Smile

From the co-writer of the anti-bullying song used in schools around the U.S. “Be Nice,” and 2017 recipient of the Global Peace Song Award.

Join GILBERT on his epiphanic search for his lost smile, a story in which he discovers that while “stuff ” may be nice to have and off er moments of joy, authentic and lasting happiness can only be found in the people we care about and those who care about us.

Take a whimsical journey with Gilbert as he searches for his lost smile and discovers its whereabouts—quite possibly right in front of him the whole time!

When Gilbert can’t fi nd his smile, he looks for it in all the usual places that have given him joy in the past—his toy box, computer, even the basement and attic where all his favorite old things are stored. But today, happiness evades Gilbert. He expands his search to the outside, even visiting his favorite swimming hole, but still no luck—“Not a smile to be found.”

His family notices Gilbert moping around and what happens next takes Gilbert on a most unexpected journey—one in which he discovers from where happiness truly comes. Share this journey with your child as Gilbert discovers what it means to be part of a loving family. It’s sure to put a smile on your own child’s face!

Kenny Lamb is an award winning, multi-platinum songwriter and producer with credits in many genres of music, including the #1 spot on 8 different Billboard charts and BMI Song of the Year. During his career, Kenny has worked and collaborated with many of the top artists in the industry, including Justin Timberlake, Rhett Akins, Little Big Town, Jason Aldean, and many more. His lyrics have reached millions of young listeners worldwide, with songs recorded by ‘N Sync, Take 5, Aaron Carter, Prymary Colorz, Boyz N Girlz, and the popular Kids Hits series.

Jon Buckner is a creative on a mission, a mission to make things around him more interesting, more vibrant, and more fun. Jon is a professional graphic designer, photographer, and illustrator, a native of Georgia, now residing in beautiful Northwest Arkansas, where he enjoys all of the rugged adventure that The Natural State has to offer. Jon has two little girls and enjoys spending as much time as he can with his family, a constant source of inspiration and drive. If you can’t find him working in his sketchbook, you might be able to find Jon lost somewhere in the Ozarks.

There are no reviews yet. 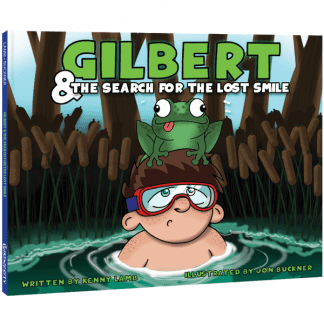